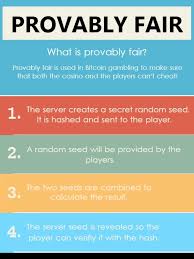 Playing casino games online is a particularly exciting and rousing experience. More and more players are being drawn to this form of virtual entertainment, and it is proving to be a true recession-proof and growing industry. The pressures therefore amongst all the casinos, as they vie for this market and keep encouraging more players, is also enormous, because the internet can be brutal on cheats and underhand behaviour.

Therefore, apart from needing to provide the best possible array of games, online casinos also need to ensure the most attractive bonuses, the safest financial transfers and the most available customer service. Most importantly though, the pressure to prove fairness to the player has justifiably become the greatest of all.

Until recently the most effective way of proving credibility, and that the dice, cards or machines were not loaded, was by having the casino sites independently audited. There are numerous organisations that perform this auditing role to great authority, and in no way does this new advance undermine their gravitas, but with the concept of provably fair, the power of monitoring the casino site falls to the players themselves. And that’s probably a really good place for it to be.

Fundamentally, provably fair is all about random number generation.

The odds of a game of baccarat, craps, blackjack or slots is determined by the game itself, and obviously they are all different. These are the odds that players compete with to win money. All that players can therefore ask for, is that the games are played with true randomness, such as would happen in a real life casino. The dice roll, the spin of the slots wheel or the shuffle of the deck of cards should all be done in a way that neither the casino nor the player can predetermine the result. That is fair.

With the arrival of Bitcoin, and Bitcoin casinos, came an onus on transparency, the need for clarity and a lack of many parties being involved in things financial. The system that they use, then, is not to rely on some third party to vouch for the randomness of the casinos action, but rather to allow players to confirm it for themselves.

The aim of a provably fair dice roll, card shuffle or reel spin is a random selection of all the programmed selection of rolls, shuffles and spins. The open source random number generator that is used, is fed three different variables. These are the serverseed, which is provided by the casino, a clientseed that is provided by the player, and a nonce, which is the natural progression to the following digit. 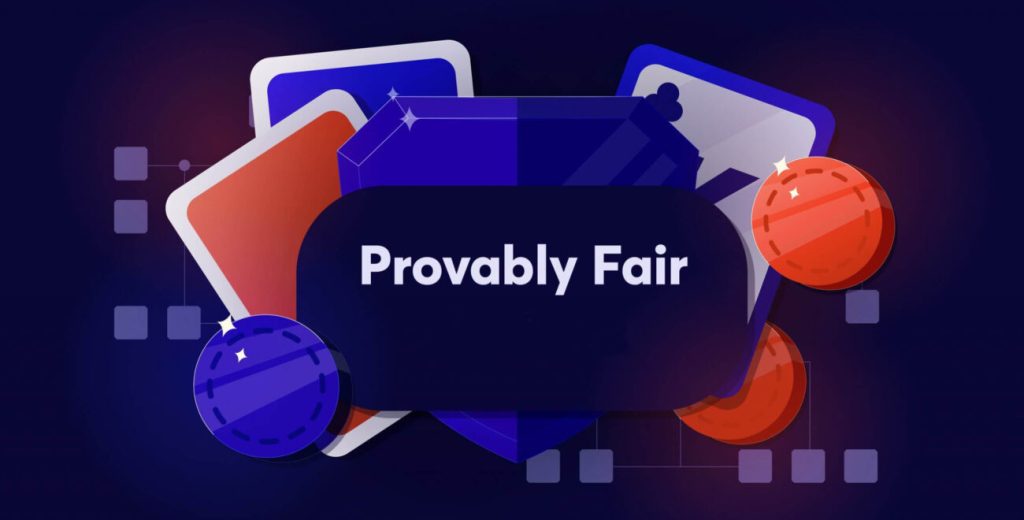 Slightly simplified, the serverseed is provided to the player in encrypted form prior to the game beginning. The playerseed is automatically generated, but can, and should be changed also before play begins. The nonce is a progression that simply ensures that the result is different to the previous one. At the end of the game, the casino provides the player with the decryption code for the serverseed, and the player can then easily put that into a calculator and verify every single happening during the play, and thereby see for themselves that it was completely random. That is provably fair.